Our Board of Trustees

The Mease Life Board of Trustees is a dedicated and widely experienced group of individuals who provide mission-based leadership and strategic governance to the organization and Executive Staff. 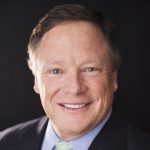 Bruce Livingston has been a member of the Mease Life Board of Trustees for six years. A graduate of Miami University (Ohio), Livingston served as President and CEO of Boyd Industries in Clearwater for 27 years. He previously managed a multinational sales team for an international market leader in construction anchoring technology in Saudi Arabia, where communication skills and a team approach were essential.

A former Commissioner and Vice Mayor for the City of Dunedin, Livingston has served as Board member for the Clearwater Free Clinic, as Board member and former chairman of the Salvation Army Clearwater Corps, and is a founding member and former Board Vice President of the Community Dental Clinic of Clearwater. He has been actively involved with the City of Dunedin Code Enforcement Board, with the Dunedin Stirling Soccer Club, and is a former president of the Dunedin North Rotary Club. 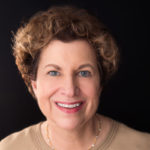 Mary Beth Carroll has been member of the Mease Life Board for four years and also serves on the Board of the Mease Life Foundation. A graduate of Dominican University (formerly Rosary College) in River Forest, Illinois, Carroll was the first woman to serve on the First Energy Senior Management Team for the parent of 10 electric operating companies. In her role as Vice President of Corporate Affairs and Community Involvement and also as President of the FirstEnergy Foundation, her responsibilities included investing more than $50 million in Foundation charitable contributions to not-for-profit organizations located throughout the FirstEnergy utility service areas in Ohio, Pennsylvania, New Jersey, Maryland, West Virginia, and New York.

Carroll founded Leadership Sandusky, served as a Member of the Oversight Commission of the Ohio Bureau of Workers Compensation — a gubernatorial appointment — and has been elected a Commissioner of the City of Sandusky. Her honors include being named Distinguished Alumni from the National Association of Community Leadership; Recognition from the Ohio House of Representatives; Girl Scouts of Northeast Ohio Inaugural Woman of Influence; Erie County, Ohio Business Woman of the Year; and being named one of Northern Ohio Live’s Most Influential Women. Carroll is currently a member of the Rotary Club of Dunedin North Board of Directors and holds other civic memberships. 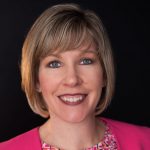 Stacy Galik joined the Board in 2018 and currently serves as Director of Hospital Care Coordination for five BayCare Hospitals in the Tampa area, including Mease Dunedin Hospital, Mease Countryside Hospital, and Morton Plant Hospitals. As such, she is responsible for BayCare Hospitals’ key performance indicators related to patient care coordination as well as for collaboration with BayCare outpatient care management teams and relationships with community partnerships for transition of care, disease management, quality outcomes, and reduction in healthcare costs.

Galik received her B.A. in psychology and her M.A. in rehabilitation and mental health counseling from the University of South Florida, and obtained her Certified Case Manager certification in 2018. She is a member of the American Case Management Association (ACMA), the Morton Plant Mease Ethics Committee, and is a Board Member for the Pinellas Homeless Leadership Board (HLB). Galik has also been a panelist for Zirmed Healthcare Revenue Management. She has been a presenter for BayCare, NatureCoast Social Work Association, the National and Florida ACMA chapter Conferences, and a panelist for Zirmed Healthcare Revenue Management. 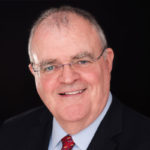 Kevin Donoghue has served on the Mease Life Board of Trustees for four years. A graduate with high honors from the University of Notre Dame, Donoghue, CPA, served as managing partner of Price Donoghue Ridenour (PDR CPAs) for 18 years and is currently a private wealth advisor with Heartfire Wealth – Ameriprise Financial. His experience in financial planning extends to tax-exempt bond issues for nonprofit healthcare entities, business valuation, and audit review of financial statements for healthcare entities, including hospitals and nursing homes.

A former Captain in the U.S. Army, Donoghue was recognized as a Master Instructor at the U.S. Army Ordnance School. He currently serves as Chair of the Pinellas County Health Facilities Authority, Chair of the Finance Council of Our Lady of Lourdes, and President of the Dunedin Council of Organizations. He has formerly served on the City of Dunedin Board of Finance, the Dunedin Fine Arts Center, and the Dunedin Historical Society as well as on the Board of Leadership Pinellas, and he is a former President of the Dunedin Rotary Club Foundation. Donoghue has the distinction of being the only individual to receive the small business award for both Dunedin and Clearwater, Florida. 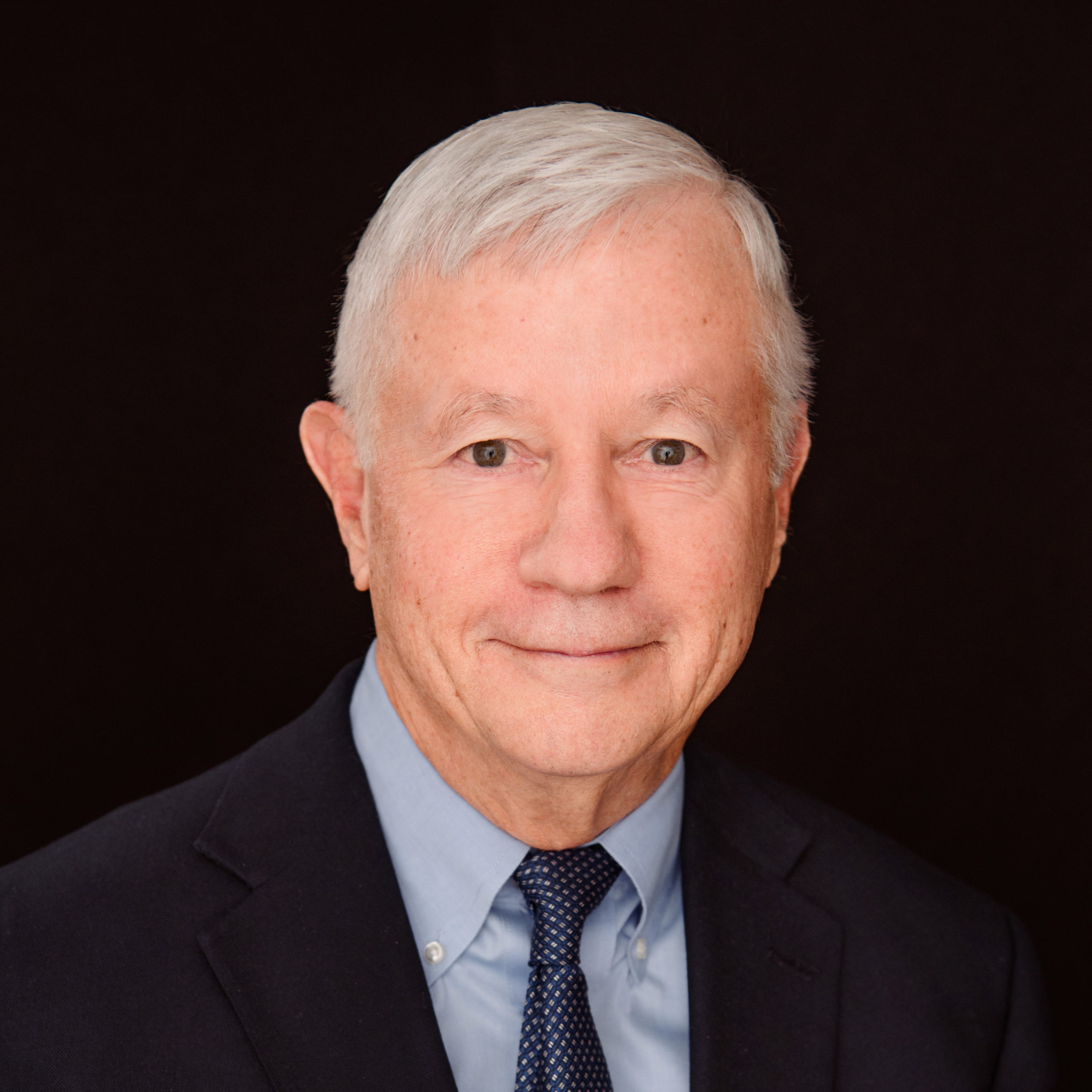 Charles Gamble joined the Mease Life Board of Trustees in 2021. He graduated from Rensselaer Polytechnic Institute with a Bachelor of Mechanical Engineering and from Harvard Business School with a Master of Business Administration. He retired in 2003 as President of Halkey-Roberts Corporation (Atrion) a major manufacturer of components for the medical device, aviation, and marine safety industries. Prior to that he was President of United Medical (Pfizer). In addition he was employed by Baxter Healthcare and Concept Inc both in the medical device industry. Mr. Gamble served in the US Navy’s Civil Engineering Corps (Seabees) and in Vietnam as part of the Military Advisory operations. 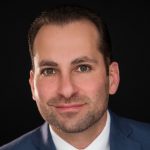 Jeff Beck joined the Board in 2018. He is a graduate of the University of Florida with a B.S. in business economics, and he currently serves as Senior Vice President of Assured Partners. Beck specializes in identifying and analyzing emerging risks, and in implementing risk management programs ultimately designed to control the total cost of risk in both the short and long term. His focus is within the healthcare industry, including senior living, developmental disability facilities, and hospice.

Beck currently holds both the General Lines License and the Life, Health, and Variable Annuities License. He has obtained the designation of Accredited Adviser in Insurance (AAI) and is an active partner in many associations, including LeadingAge and the American Health Care Association. Beck lives in Tampa with his wife Lisa, daughter Kirstin, and son Carson. 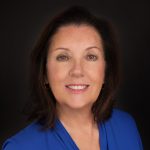 Linda Chamberlain joined the Mease Life Board in 2019 and is a Board Certified Elder Law Attorney who has practiced in Clearwater and the surrounding area since 1991. She is a Past Chair of the Elder Law Section of the Florida Bar and remains an active member. Chamberlain served as an Adjunct Professor at the Stetson College of Law from 2011–2015. She has also served on the Gulfcoast Legal Services Board, Board of the Clearwater Free Clinic, Board of the Clearwater Bar Foundation, Leadership Pinellas Board of Directors, St. Paul’s School Board of Directors, and Partners in Self-Sufficiency. 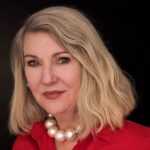 Deborah Kynes has served as a Mease Life Trustee for two years. She currently serves as a Dunedin City Commissioner and is the newly appointed Chairman of the Utilities, Natural Resources and Public Works Legislative Committee for the Florida League of Cities. She also serves on the Dunedin Fine Arts Center Advisory Council and the North Pinellas Cultural Alliance. Kynes is a voting member of the Cherokee Nation and a member of the Cherokees of Central Florida. 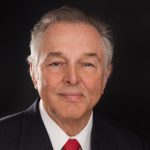 Mel Ora joined the Board in 2019. Ora specializes in financial services and currently serves as President and CEO of Money Transfer Systems in Clearwater. Upon his discharge from the Navy in 1968, Ora entered Delta State University and concurrently began his career in banking at Second National Bank. He relocated to Wilmington, Delaware, where he developed and managed the first successful debit card system in the United States. In 1975, Ora was part of a team that developed a strategic business plan for the deployment of a national debit card system for American Express. A few years after that project, he traveled to Taiwan where he participated in developing a strategic plan for the implementation of a national debit card system.

After relocating with his family to Clearwater in 1981, Ora traveled extensively throughout the U.S. and Canada as a consultant, overseeing projects for companies such as Citibank and AT&T, as well as other major financial services companies. He has founded four separate companies that specialize in electronic banking services, and he was a Founding Board member of Patriot Bank.

Ora served as Co-Chairman of the Florida Botanical Gardens Foundation during its initial construction. He has served on the boards of Florida Bank of Commerce, North Bay Hospital, Morton Plant Hospital, and the Morton Plant Mease Foundation, where he chaired a capital campaign that raised more than $13 million for Mease Countryside Hospital. Ora lives in Dunedin and currently serves as president of the Villas of Seagate Home Owners Association. 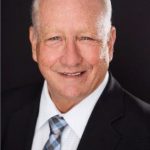 In addition to serving as a Mease Life Trustee, Francisco currently serves on the Board of the Mease Life Residents Foundation and is Co-Chair of the Dunedin Fine Art Center Advisory Board. He serves as a Volunteer at the Honeymoon Island Nature Center and also as a Nature Walk Guide. He has served on the Morton Plant Mease Healthcare Foundation Board of Directors, is a Past President of the Rotary Club of Dunedin, Past Chairman of the Dunedin Chamber of Commerce and the Dunedin Council of Organizations, and has served on the Visit Dunedin and City of Dunedin Charter Review Committees. He has received numerous awards, including the Beatrice Donoghue Delightful Dunedin Award in 2015 and Dunedin Small Business of the Year in 2012.

A graduate of Florida Southern College, Francisco lives in Dunedin with his wife of 53 years, Ginger. They have two children and five grandchildren.

Judee Bavaria joined the Mease Life Board in 2020. Bavaria is President Emeritus of Presby’s Inspired Life, a not-for-profit, faith-based organization that provides continuing care and affordable housing to older adults throughout the Greater Philadelphia, Pennsylvania area. She served as President and CEO of the organization from 2005 until 2019. Bavaria’s leadership at Presby’s was marked by many accomplishments, including execution of several strategic plans to expand and improve Presby’s continuing care communities. Her progressive oversight of capital improvement initiatives increased viability for the organization and set the stage for its continued growth. Prior to joining Presby’s, Bavaria served as Corporate Compliance Officer and VP Operations for Lutheran Services Northeast as well as in various leadership capacities for the Commonwealth of Pennsylvania’s Department of Public Welfare.

Bavaria currently serves on the Board of the University of Scranton as well as the Philadelphia Corporation of Aging in Philadelphia. She served as chair of Catholic Senior Housing and Healthcare Services in Bethlehem, Pennsylvania for 12 years before retiring from the post in 2014. Bavaria has also served as Co-chair of LeadingAge and as a member of the LeadingAge Pennsylvania Board of Directors.

A graduate of Misericordia Hospital School of Nursing, Bavaria is a Registered Nurse and licensed Nursing Home Administrator. She holds a B.S. in secondary education from East Stroudsburg State University and an M.S. in rehabilitation counseling from the University of Scranton. A frequent holiday visitor to the Tampa Bay area, Bavaria has recently permanently relocated to Dunedin.